This page presents some of Amis's most illuminating interviews. Because they routinely inspire additional public appearances or commentary, users should consult the Commentary page for related links.

As a general rule, if Amis is being interviewed one-on-one, whether on television or in print, then the item will be listed on this page. Group discussions will appear on the Commentary page.

Speaking with Edmundo Paz Soldan at the Hay Literary Festival in Xalapa, Mexico (see other links on Events page). 14 October 2011.

On the Relocation to America

In 2011 Amis and his family purchased a home in Brooklyn, New York. He kept his home in London; the New York move was prompted, in part, by his wife's desire to be closer to family. Click the links below for commentary by Amis and others.

"You have to be slightly innocent to be a novelist." The Observer, 2 April. LINK | PDF

Speaking with Sebastian Faulks about John Self, the narrator of Money, in an episode dedicated to analyzing "The Hero." In an earlier segment, Boris Johnson discusses Jim Dixon from Kingsley Amis's Lucky Jim. BBC2, 5 February 2011.

During this interview Amis quipped that only a "brain injury" would make him consider writing a children's book. Benedicte Page summarized the ensuing controversy in the Guardian, 11 February (LINK | PDF); publisher Kate Wilson weighed in at BookBrunch, 13 February (LINK | PDF).

On the Same Page LINK | PDF

Amis and Isabel Fonseca interviewed about their marriage by Ariel Leve for the Wall Street Journal Magazine, 21 October 2010.

Interviewed by Charlie Rose about The Pregnant Widow, Amis's career, and friendship with Christopher Hitchens, 11 August 2010.

Martin Amis: As good as it gets LINK | PDF

Speaking with Philippa Kennedy for The National (U.A.E.), 13 March 2010. This interview took place after Amis's appearance at the International Festival of Literature in Dubai. Related coverage includes the following:

Speaking with Boyd Tonkin for the Independent, 5 February 2010. Tonkin's review of The Pregnant Widow appeared one week later (see Reviews).

Speaking with Rowan Pelling about The Pregnant Widow, 4 February 2010.

Speaking with Philip Dodd about The Pregnant Widow, 4 February 2010.

Talking with Stephen Moss for the Guardian, 1 February 2010.

The interview that started the euthanasia controversy. 18 January 2010.

Interviewed by Margaret Wente for the Globe and Mail, 13 November 2009.

Me and My Terrible Twin LINK | PDF

Speaking with Harry de Quetteville in the Telegraph, 19 June 2009.

In Conversation with Martin Amis

Interviewed by James Crabtree for Prospect Magazine, 13 May 2009.

Interviewed by Christina Patterson for the Independent, 10 April 2009.

Interviewed by James Knight for Vice Magazine, The Fiction Issue/December 2008.

The Mouth that Roars LINK | PDF

Interviewed by Andre Mayer for CBC News (Canada), 5 May 2008

Interviewed by Elizabeth Renzetti in The Globe and Mail, 2 May 2008.

On the BBC’s The Interview program. LINK | WMV (4MB)

Interviewed by Johann Hari for The Independent, 29 January 2008. See also the additional commentary from the interview in the same day's coverage. LINK | PDF

Profile and interview by Razia Igbal for BBC News, 26 January 2008.

Lunch with the FT LINK | PDF

Speaking with Lionel Barber, editor of the Financial Times, 2 November 2007.

Speaking with Jon Snow about Islamism, literature, and the Terry Eagleton controversy 17 October 2007. For commentary on this interview see Laura Clark & Tahira Yaqoob in The Daily Mail, 18 October.

Amis's first interview on the Eagleton controversy. Interviewed by Kate Summerscale in The Telegraph, 15 October 2007.

Select links from the furor surrounding Terry Eagleton's comments about Kingsley and Martin Amis in the revised edition of his book Ideology: An Introduction.

Letters from relatives in defense of Kingsley Amis LINK | PDF

A "cultural conversation" with Amy Finnerty in the Wall Street Journal, 25 April 2007.

On the Bookwork program LINK | RM

Speaking with Robert Birnbaum for The Morning News, 28 February 2007.

"To Russia, but not with Love" LINK | PDF

Misc. Links Concerning Amis's Appointment at the University of Manchester

On the Writers and Company program LINK | RM1 | RM2

On the Writers on the Record program LINK | MP3 (28MB)

Responding to reader's emails in the Independent, 15 January 2007.

Three-part video to promote the release of Leader's authorized biography, The Life of Kingsley Amis. At the London Review Bookshop, 28 November 2006.

Speaking about his father and Zachary Leader's biography, 19 November 2006.

Inteviewed by Silvia Spring in the 6 November 2006 issue of Newsweek International.

Speaking with Alex Bilmes in The Independent, 8 October 2006.

Sarah Sands speaks with Hilly Kilmarnock about Kingsley and their children. The Daily Mail, 6 October 2006.

Speaking to Rachel Cooke at the Fonseca family compound in the Hamptons. The Observer, 1 October 2006.

"Is Martin Amis Turning Into his Father?" LINK | PDF

Geoggrey Levy speaks with Elizabeth Jane Howard and Hilly Kilmarnock in discussing the affinities between Kingsley and Martin Amis. The Daily Mail, 27 September 2006.

Interviewed by Isabel Hilton about House of Meetings, 26 September 2006.

"The Voice of Experience" LINK | PDF

Interviewed by Ginny Dougary in the Times Magazine, 9 September 2006.

A Spanish-language interview with Andrew Graham-Yooll that offers insight into Amis's thoughts about living in Uruguay and the forthcoming books House of Meetings and The Pregnant Widow. Click here for translation assistance. Or click here for a summary that references the interview's first appearance in the 9 July Buenos Aires Herald.

The episode featuring Amis and Margaret Atwood was broadcast on 28 July 2006. The transcript and video preview are linked above; the full-length broadcast (in streaming media) is available here.

Amis at the 2006 PEN World Voices Festival of International Literature

The PEN American Center, 25-30 April. Visit the World Voices home page for a full listing of the program and other speakers.

"Old Martin Amis is In Your Face Again" LINK | PDF

"It's a mad, mad world that inspires Martin" LINK | PDF 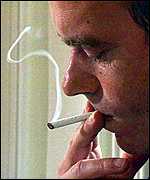 Amis discusses Yellow Dog, pornography, and morality; transcript of his 29 October 2003 appearance on the CNBC program Topic A.

"Even the Praise is Bad for You" LINK | PDF

Martin Amis's new novel Yellow Dog is the most eagerly awaited book of the year, dividing the literary world even before its publication. On the eve of its serialisation in the Guardian, the writer tells Emma Brockes about his style, his critics and why his daughters are so special. The Guardian, 29 August, 2003.

Amis speaking with Clive James, from the Talking in the Library series LINK | WMV

"Bringing out the Dread" LINK | PDF

"Laughter in the Dark" WORD | PDF

Tishani Doshi interviews Amis about the anniversary of September 11 (from the Hindu Literary Review, 6 October 2002).

"It's a bit girly, but it really works" LINK | PDF

Susannah Herbert weighs in on the preceding interview in the opinions section of the Telegraph (16 June 2002).

Electronic Telegraph, 11 December 2001. "Martin Amis, who is giving a Last Word Lecture tomorrow on his father Kingsley, tells Claudia FitzHerbert how he has come to understand why their attitudes to women, politics and writing were so different."

On The Connection with Christopher Leighton 6 July 2001 RM

Playing a game called "Is Your Bathroom Breeding Bolsheviks". 23 June 2001.

On Britain's Radio 4 "In Our Times" program 19 January 2000, Melvyn Bragg interviewed Amis and Prof. Cora Kaplan about feminism and male portraiture in fiction. Lucretia Stewart wrote this 24 January 2000 feature for the Guardian/Observer online.

Speaking with Renee Montague on 6 July 2000. 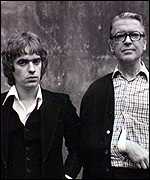 An interview with Martin Amis in conjunction with the

publication of Experience, at the amazon.co.uk web site (2000).

On Canada AM program WORD

Ritter. Discusses Experience and his relationship with

Select Interviews from the 1990s and Earlier

Speaking at the Institute of Contemporary Arts in London. Undated, but sometime between 1998 and 2001. LINK | WMV

A Conversation with Elmore Leonard and Martin Amis, 17 February 1999.

Transcript of Amis's interview on the News Hour with Jim Lehrer, 9 February 1999.

Interviewed by Francesca Riviere for The Paris Review, Spring 1998.

Transcript of Amis's 6 May 1995 appearance with Ian Sinclair; interviewed by Michael Goldfarb.

Interviewed by Charlie Rose about the novel The Information, 1 May 1995.

The Prose and Cons of Martin Amis LINK | WORD | PDF

No More Illusions: Martin Amis is Getting Old and Wants to Talk about It.

Will Self interviews Martin Amis for The Mississippi Review, October 1995. LINK | PDF

On the Late Show: Face to Face program LINK

Speaking with Jeremy Isaacs for BBC2 about writing, Kingsley Amis, and the future of the novel, 25 October 1993.

On the Bookworm program LINK

Amis speaking with Don Swaim, 1990. Discusses London Fields, although the recording cuts off because of technical issues. LINK | RM