This section of the Martin Amis Web catalogues material that doesn't fit neatly into other sections. Some of the following are profiles that can't be called interviews, for instance, or commentaries about Amis's work and influence that can't be counted as scholarship. Others are satiric images, parodies, or -- best of all -- creations by other artists inspired by Amis's work. 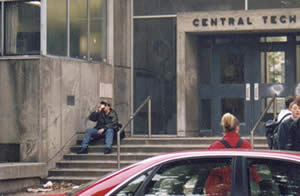 The work of Canadian artist Kelly Mark "rephases everyday life through post-minimal and post-conceptual strategies and aesthetics. In Hiccup, she enacts the same mundane but orchestrated performance over a series of days. Staged in public places, these unannounced performances place Mark’s synchronized routine against a changing background of everyday circumstances." Excerpts from Amis's novel Time's Arrow are used in the audio portion of this work. 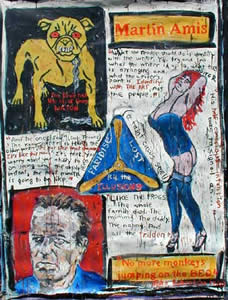 An expressionistic painting by California artist

John Robertson inspired by Amis's novel of the

"An Open Letter from the Martin Amis in Me" 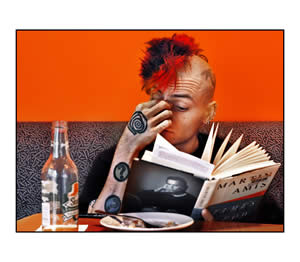 Visit Gyoker's TrekEarth page here and her Flickr page here which also features a black and white version of this image.

Cartoon by Ruben Bolling featuring a panel involving Amis and Christopher Hitchens. From the Tom the Dancing Bug series.

The Rachel Papers Cover Art (below) 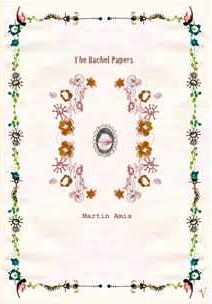 Hate Him or Rate Him.

"Is Martin Amis ... still the colossus of English letters? We asked younger novelists to assess his work and his influence on their own writing."

Blame it on Amis, Barnes & McEwan

Will Self talks about his life, his career, and Martin Amis with Chris Mitchell of Spike.

Six designs of Amis's novels by independent graphic artist and illustrator Josh Ogden. Click here to view all the illustrations 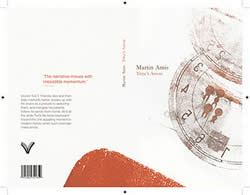 connection to Martin Amis, the writer.