All titles linked to Random House; click here for the Amis author page at Random House UK, which features excerpts and "mini-sites" for select novels.

Also see the Excerpts page of this website for rarities such as Amis's first play and selections from Invasion of the Space Invaders -- plus selections from many of the novels.

Opening: "There were five bedrooms. In the master suite, on knees and elbows, Giles Coldstream was crawling around the floor in search of the telephone, both hands cupped tightly over his mouth. The curling green cord eventually led him to a heap of spent gin bottles beneath his desk."

Opening: "It seems that I've lost all the things that used to be nice about me -- Terry ...

Gregory was in fact sitting next door at the kitchen table, his hands palm-upwards on its grained surface. 'Success?' he asked. I nodded and he sighed."

Invasion of the Space Invaders

One of the rarest of Amis's first editions; also one of the most expensive. From the Fantastic Fiction website: "Remember those early arcade games... if so then this is a great trip down memory lane.... Its a difficult book to find, but for anyone interested in retrogaming this is the nearest thing they will get to time travel, 1982 never felt so close."

See the Commentary section of the Amis Web for an excerpt.

Opening: "As my cab pulled off FDR Drive, somewhere in the early Hundreds, a low-slung Tomahawk full of black guys came sharking out of lane and sloped in fast right across our bows. We banked, and hit a deep welt or grapple-ridge in the road: to the sound of a rifle-shot the cab roof ducked down and smacked me on the core of my head. I really didn't need that, I tell you, with my head and face and back and heart hurting a lot all the time anyway, and still drunk and crazed and ghosted from the plane."

Opening: "I moved forward, out of the blackest sleep, to find myself surrounded by doctors ... American doctors: I sensed their vigor, scarcely held in check, like the profusion of their body hair; and the forbidding touch of their forbidding hands -- doctor's hands, so strong, so clean, so aromatic. Although my paralysis was pretty well complete, I did find that I could move my eyes. At any rate, my eyes moved."

Visiting Mrs. Nabokov and Other Excursions

Introduction: "Warily looking back through these pieces, I glimpse a series of altered or vanished worlds, including those of my younger and much younger selves. Things change. Graham Greene is dead. Vera Nabokov is dead. Salman Rushdie is still alive, and still in hiding..."

Opening: "Cities at night, I feel, contain men who cry in their sleep and then say Nothing. It's nothing. Just sad dreams. Or something like that ... Swing low in your weep ship, with your tear scans and your sob probes, and you would mark them."

Heavy Water and Other Stories

Excerpt: "And we, in the Seventies, were frequently ridiculous, too, with our Fallacies and our Seven Types (and Leavis's besieged intensity was ridiculous. His shaping embarrassment, however, was to nominate as his model for sanity the person of D.H. Lawrence). Emotional egalitarian-ism, for example, looks hard to attack. I honour it, in a way, but it has to me the pale glow of illusion.... Then, too, these 'feelings' are seldom unadulterated; they are admixtures of herd opinions and social anxieties, vanities, touchinesses, and everything else that makes up a self."

Koba the Dread: Laughter and the Twenty Million

Excerpt: "The descriptions of these train rides match anything in the literature of the Shoah. I thought for a moment that there might be a qualitative difference: the absence of children, or at least the absence of their ubiquity. But the entire families of the 'kulaks,' the targeted peasants, were deported and encamped in their millions during the early 1930s alone; ... No, the children were there, as victims, and not just on the transports. About 1 million children died in the Holocaust. About 3 million children died in the Terror-Famine of 1933."

Xan Meo went to Hollywood. And, minutes later, with urgent speed, and accompanied by choric howls of electrified distress, Xan Meo went to hospital. Male violence did it."

From the Introduction: "If September 11 had to happen, I am not at all sorry that it happened in my lifetime. That day and what followed from it: this is a narrative of misery and pain, and also of desperate fascination. Geopolitics may not be my natural subject, but masculinity is. And have we ever seen the male idea in such outrageous garb as the robes, combat fatigues, suits and ties, jeans, tracksuits and medic’s smocks of the Islamic radical?" 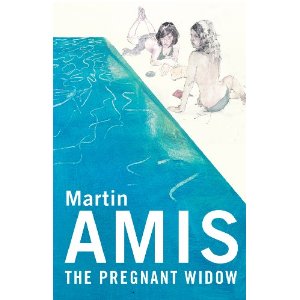 From the opening: "Keith would be staying, for the duration of this hot, endless, and erotically decisive summer, in a castle on a mountainside above a village in Campania, in Italy. And now he walked the backstreets of Montale, from car to bar, at dusk, flanked by two twenty-year-old blondes, Lily and Scheherazade ..."."